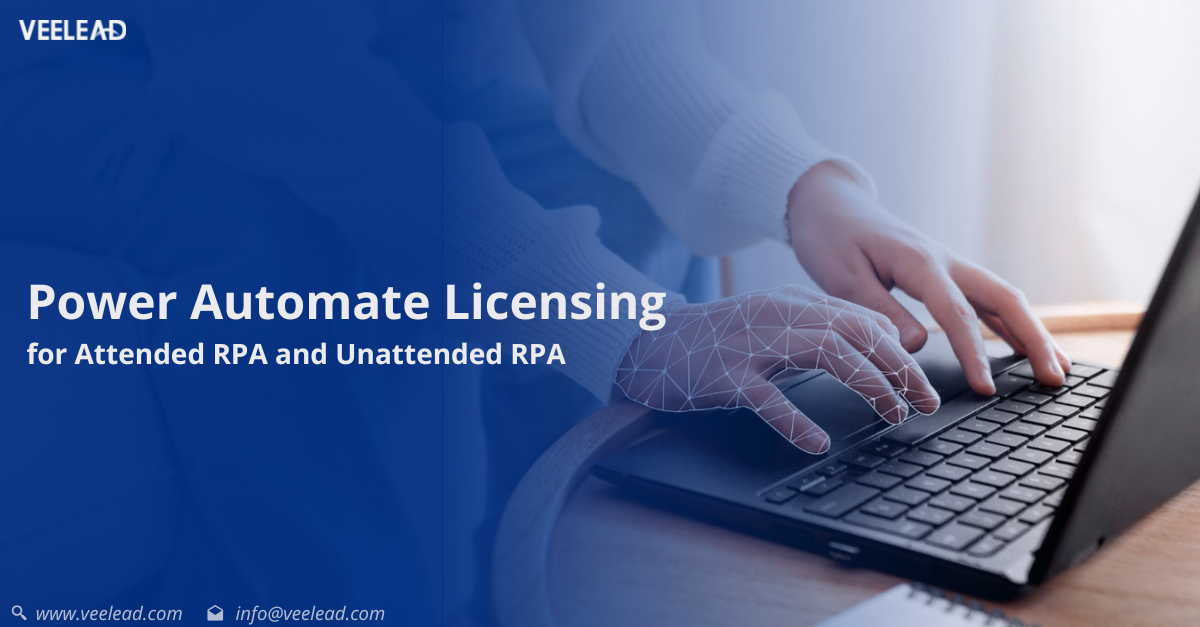 Power Automate Licensing is one topic that’s often overlooked, as people, unsurprisingly, tend to be engrossed in its powerful benefits instead. Knowing which license to purchase is no less important in order to pair with the right automation solution. It doesn’t help that there are many plans to choose from.

Power Automate is Microsoft’s main solution for the automation of various repetitive activities inherent in an enterprise. Its services focus on boosting efficiency without sacrificing the security of business processes.

It’s not just limited to rudimentary, minimal-code automation, too, all thanks to its exclusive AI Builder feature. That adds that much-needed innovation in automation as it makes more sophisticated options like image and text detection and document automation possible.

Moreover, pre-built connectors and the abundance of ready-to-use templates form the backbone of why Power Automate has attained a highly user-friendly reputation.

We’ll discuss each one in greater detail below.

DPA is one of the two primary types of automation available in Power Automate. It’s both API-based and cloud-based. As such, it relies heavily on API-based connectors, which can help automate processes in applications that are API-compatible.

In short, Power Automate’s DPA solutions carry most of the notable advantages of the platform like the hundreds of connectors and thousands of templates you can choose from that give you plenty of control and freedom over how you want to automate your tasks and workflows.

Below are the two types of licenses/plans pertaining to this arm of Power Automate.

As its name suggests, this is suitable for organizations that want to license each user that activates a flow. With this plan, you’ll be able to enable any number of workflows available on the platform. It’s the more generalized plan of the two, as it offers limited tracking of flows that are being activated in the enterprise.

However, it does impart the benefit of being able to provide automation workarounds to specific challenges an organization may be facing.

Opting for this plan allows you to choose the exact flows that will aid in boosting your business processes. The notable advantage of this plan is that you don’t have to individually license every end user in every team or department who accesses the flows you’ve bought a license for.

This plan works especially well for businesses that don’t mind having unlimited users having access to and implementing flows within their organization.

Cost of Power Automate Per Flow Licensing: $100/flow/month (with a minimum of $500/month).

The second main type of automation in Power Automate, RPA is more desktop-based and is suitable for automating legacy apps that don’t support DPA APIs and connectors.

How? By automating most of the day-to-day activities you need to complete from your desktop computer or laptop. Think of being able to take manual efforts out of the equation (or, at least, minimize it) when performing essential tasks, which could range in simplicity and complexity, like data entry, inventory management, profile updates, etc.

You can choose between Attended RPA and Unattended RPA to suit your needs. We’ve explained how each one works and what terms and perks are included in their respective licenses.

Overall, RPA automation solutions don’t offset the APIs of DPA, but rather complement them, especially if your enterprise uses a collection of API-based apps and non-API-based legacy apps – and enjoy the unprecedented advantages that AI can bring.

All in all, this collection of capabilities allows hyper-automation to be possible with the help of Power Automate.

Related Reading: Choosing Microsoft Power Automate for RPA | Is It the Right Choice?

The term Attended RPA should be pretty straightforward. “Attended” only means there’s still a degree of human effort or intervention and decision-making involved when automating daily PC activities.

It’s directly opposite an Unattended RPA in that its automation is manually triggered, and the user who needs to “man” the automation process needs to manually sign in.

Attended RPA can be accessed via the Per User with Attended RPA plan. It unlocks the entire per User plan as discussed above, but it also comes with manned desktop flow creation and implementation. As said above, flows must be triggered manually.

These flows must be triggered and run on the licensed user’s PC, and if they happen to run multiple desktop flows, they must be sequential.

Cost of Power Automate per User with Attended RPA: $40/user/month

Any RPA solution that doesn’t require human intervention falls under this category. They are instead automatically triggered, with bots carrying all of the burdens involved in desktop-based automation by triggering the workflows by themselves. Since it’s powered by cloud technology, these workflows can be run anytime, too.

With such a capability, it’s much easier to save time and effort and pave the way for better overall efficiency. Even the sign-ins are completely automated.

Licenses are handed out on a per-bot basis. The bot only runs a single instance of an RPA process, so you’ll need to purchase more licenses if you want to have more than one instance at the same time.

As a final note, know that you can also avail of the 90-day trial that will allow you to gain access to both attended RPA and unattended plus all premium connectors.

Types of Flows in Power Automate and How to Create Them?